In 2005, Robert Iger became CEO of The Walt Disney Company during a difficult time. Morale had deteriorated, competition was more intense, and technology was changing faster than at any time in the company’s history. “I knew there was nothing to be gained from arguing over the past,” Iger writes. “The only thing that mattered was the future, and I believed I had a clear idea of the direction Disney needed to go.” It came down to three clear ideas: 1) Create the highest quality content Disney could produce. 2) Embrace and adopt technology instead of fighting it. And 3) Think bigger–think global–and turn Disney into a stronger brand in international markets.

Twelve years later, Disney is the largest, most respected media company in the world counting Pixar, Marvel, Lucasfilm, and 21st Century Fox among its properties. Its value is nearly five times what it was when Iger took over, and Iger is recognized as one of the most innovative and successful CEOs of our time.

Now, he’s sharing the lessons he’s learned while running Disney and leading its 200,000 employees–taking big risks in the face of historic disruption; learning to inspire the people who work for you; leading with fairness and communicating principles clearly. This book is about the relentless curiosity that has driven Iger for forty-five years, since the day he started as a studio supervisor at ABC. It’s also about thoughtfulness and respect, and a decency-over-dollars approach that has become the bedrock of every project and partnership Iger pursues, from a deep friendship with Steve Jobs in his final years to an abiding love of the evolving Star Wars myth.

I don’t read many business books, but a friend of mine recommended this to me and I was interested in the story of how Bob Iger was able to reinvent the Disney brand so dramatically. This book is part-memoir and part-entrepreneurial guidebook – both were interesting though I would have liked a little more of the former and less of the latter.

Bob Iger became the CEO of the Walt Disney Company at a very challenging time. The nephew of Walt Disney had made a vote of no confidence in the existing CEO, there’d been a major board reshuffle, profits were down and many thought Disney’s movies was old-fashioned, cloyingly sweet, and conservative in their values.

Twelve years later, Disney had somehow managed to re-position itself as the largest media company in the world, having joined forces with many of its most feared competitors including Pixar, Marvel, Lucasfilm, and 21st Century Fox. The story of how Bob Iger affected this transformation is truly inspirational – basically he believes in innovating and taking risks, inspiring through strong leadership, ensuring a fair, just workplace, knowing your core brand but being prepared to seek new markets, and having belief in yourself (he is certainly reaping the rewards of this belief, apparently earning a staggering $65.7 million annual salary – though this is not, of course, mentioned in the book).

It gave me a lot to think about!

Anne Gracie writes charming, warm-hearted Regency romances which never fail to make me laugh. They are the perfect reading for a cold, wet weekend when I was feeling worn-out and tired, overwhelmed by work and all that is going on in the world and in my life. I had read the first two books before, but had been waiting for the final book in the series to be released. I read them over the course of a long weekend – they are like chicken soup for the soul.

Marry In Haste is the first book in the series and tells the story of a British soldier-turned-spy who unexpectedly finds himself hampered with a title, a vast estate, numerous aged retainers and a handful of wilful half-sisters and a niece who never do what they are told. Floundering helplessly, he turns to their former school teacher for help. But Miss Emmaline Westwood has her own dreams, and turning governess is not one of them. Life has other plans for her, however, and soon the mismatched couple are marrying for convenience’s sake, much to the disapproval of his irascible Aunt Agatha, who must always have the last word.

Marry in Scandal is the story of one of his sisters, Lily, who struggles with dyslexia (though that word had not yet been invented). Her inability to read lands her in deep trouble; she is kidnapped by a cad who intends to force her into marriage. Lily manages to escape, and is helped to get home by one of her brother’s best friends, but the ensuing scandal means they must marry. Lily is in love with her new husband, but is afraid he resents her and does not care for her. She must find some way to understand him, while not letting him know that she cannot read, a handicap of which she is deeply ashamed.

Marry in Secret is centred on the older sister Rose, who married her childhood sweetheart in secret just before he was sent away to fight in the Napoleonic wars, only for him to be killed soon after. She has nursed her grief silently for all these years, and is about to marry a cold remote duke for the sake of practicality when her first husband turns up alive.

Marry in Scarlet, the last in the series, has their strong-willed unconventional niece George – who is the same age as her aunts – falling in love with the duke despite all her best intentions.

The four books are all very readable, with lots of humour and pathos, and the added delight of featuring cameo appearances from well-beloved characters from another of Anne Gracie’s Regency romance series, The Chance Sisters. I particularly love Anne Gracie’s sparkling dialogue – just delightful!

Get Your Copy of Ride of A Lifetime Here 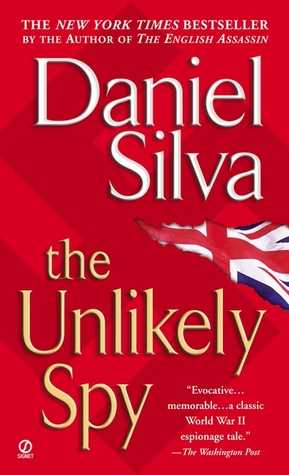